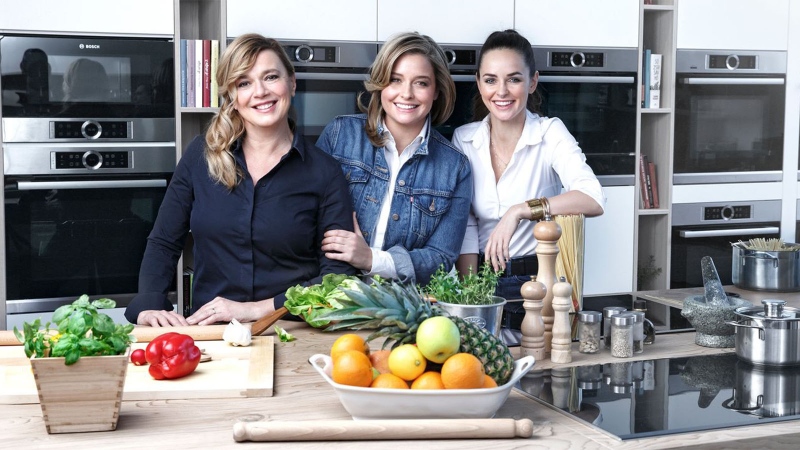 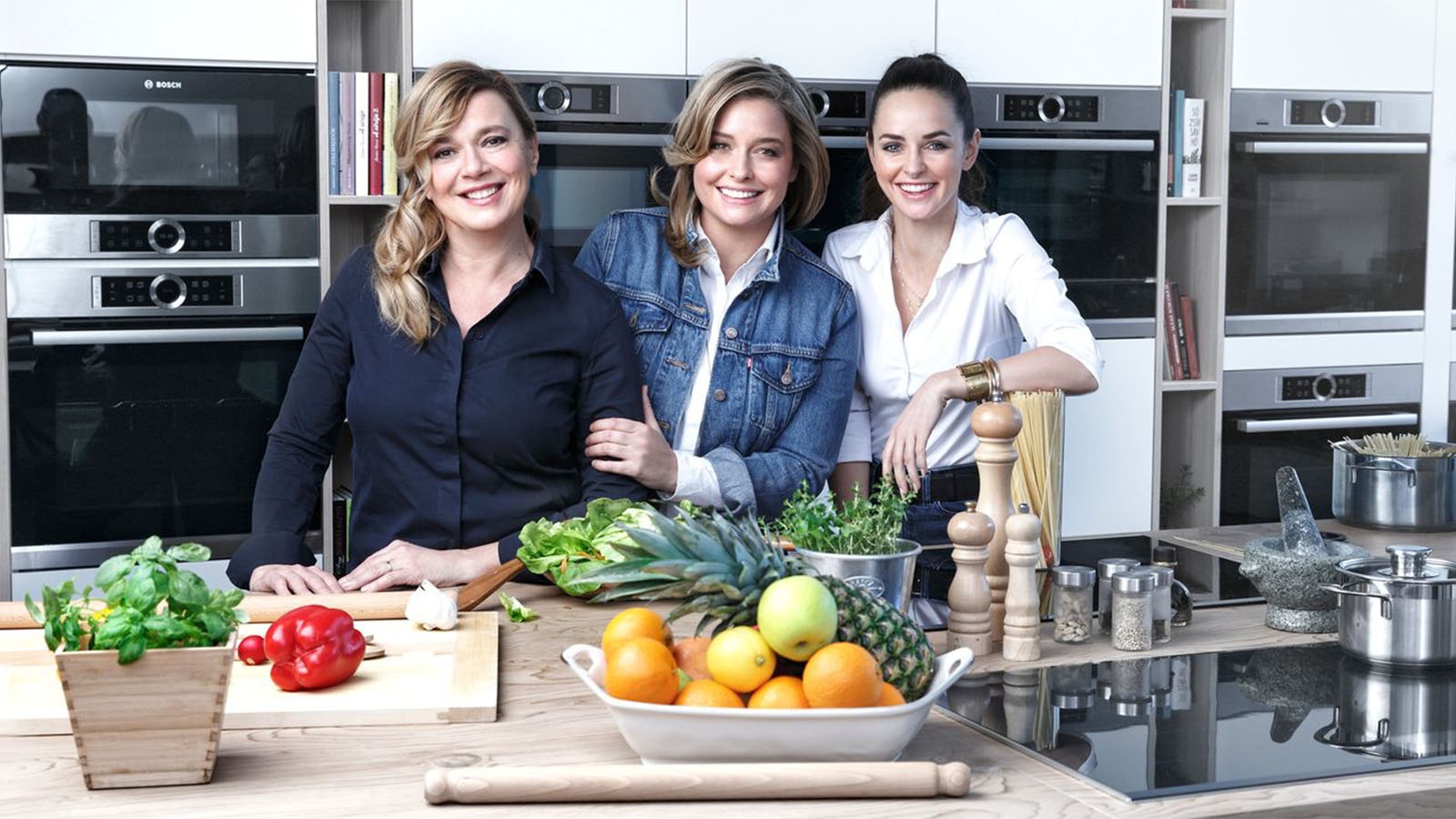 Each year we aim to bring visitors of the Kitchen Show moments that will stay with them long after they leave the Budapest Arena. An amazing weekend is made possible with a parade of beautiful furniture, state-of-the-art technologies, incredible innovations and modern design ideas, but that’s not all: stars of the Hungarian and international cooking world will transform the Kitchen Show main stage into a real gastro-festival. Cooking shows, discussions, and much more await you at the Bosch Main Stage. Read on for a preview of the biggest names you should take a note of! 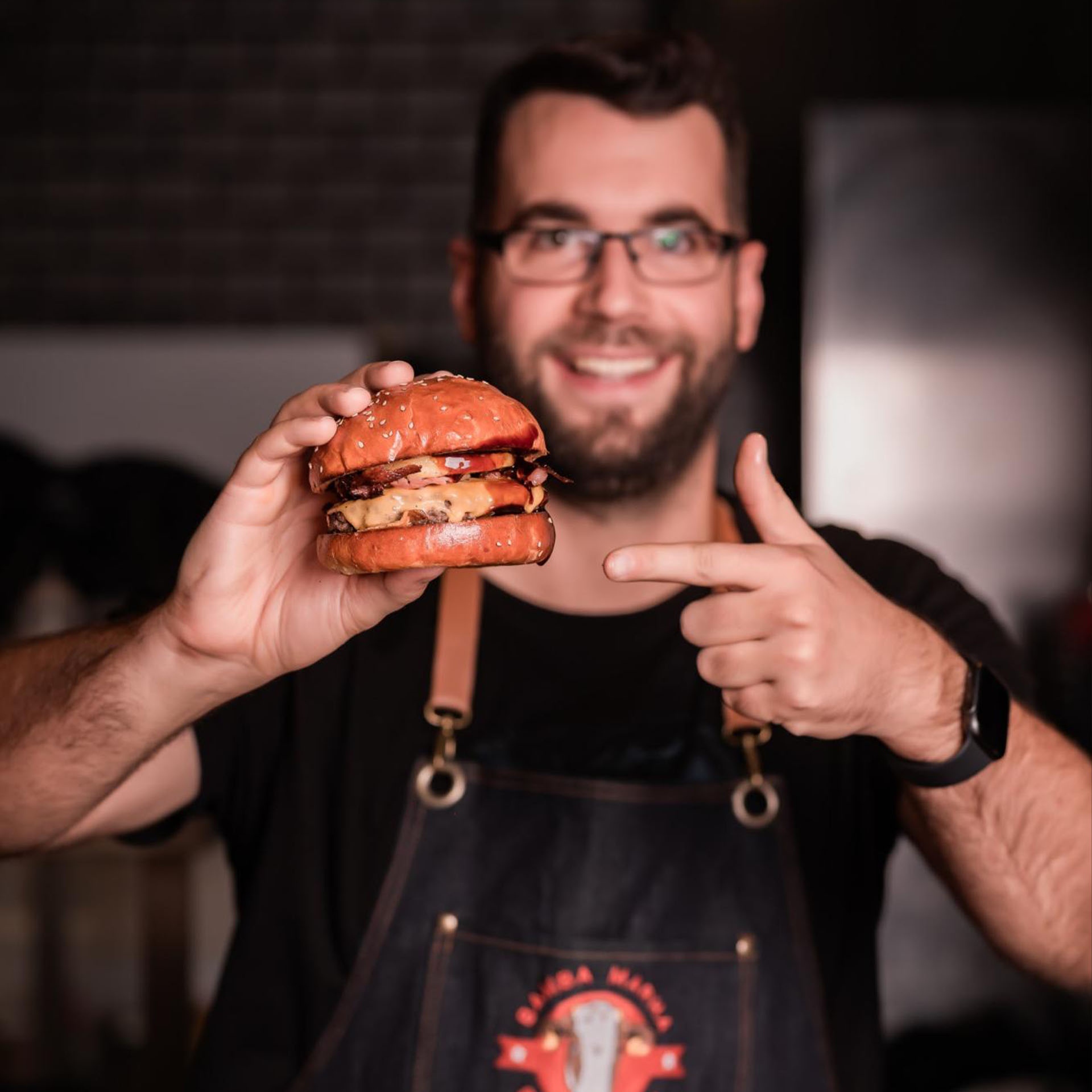 The Burger Pope himself, Jani Jancsa

It’s fair to say that every second corner of the Hungarian capital is home to a burger place, but this wasn’t the case back in 2011 when Jani Jancsa launched his legendary Burger blog. Jani, who is also an editor at Street Kitchen, always wanted to present an alternative to bad quality junk food, and to prove that hamburgers - usually associated with American culture - can become a true culinary experience. In 2015 Jani was asked to become the “culinary manager” of the recently opened Bamba Marha Burger Bar, where burger enthusiasts from every corner of the world come to witness the Hungarian burger miracle. The smoke has risen: the Burger Pope will come to the Kitchen Show on February 28 to cook a delicious and extraordinary burger, starting at 12:15pm. Don’t miss out! 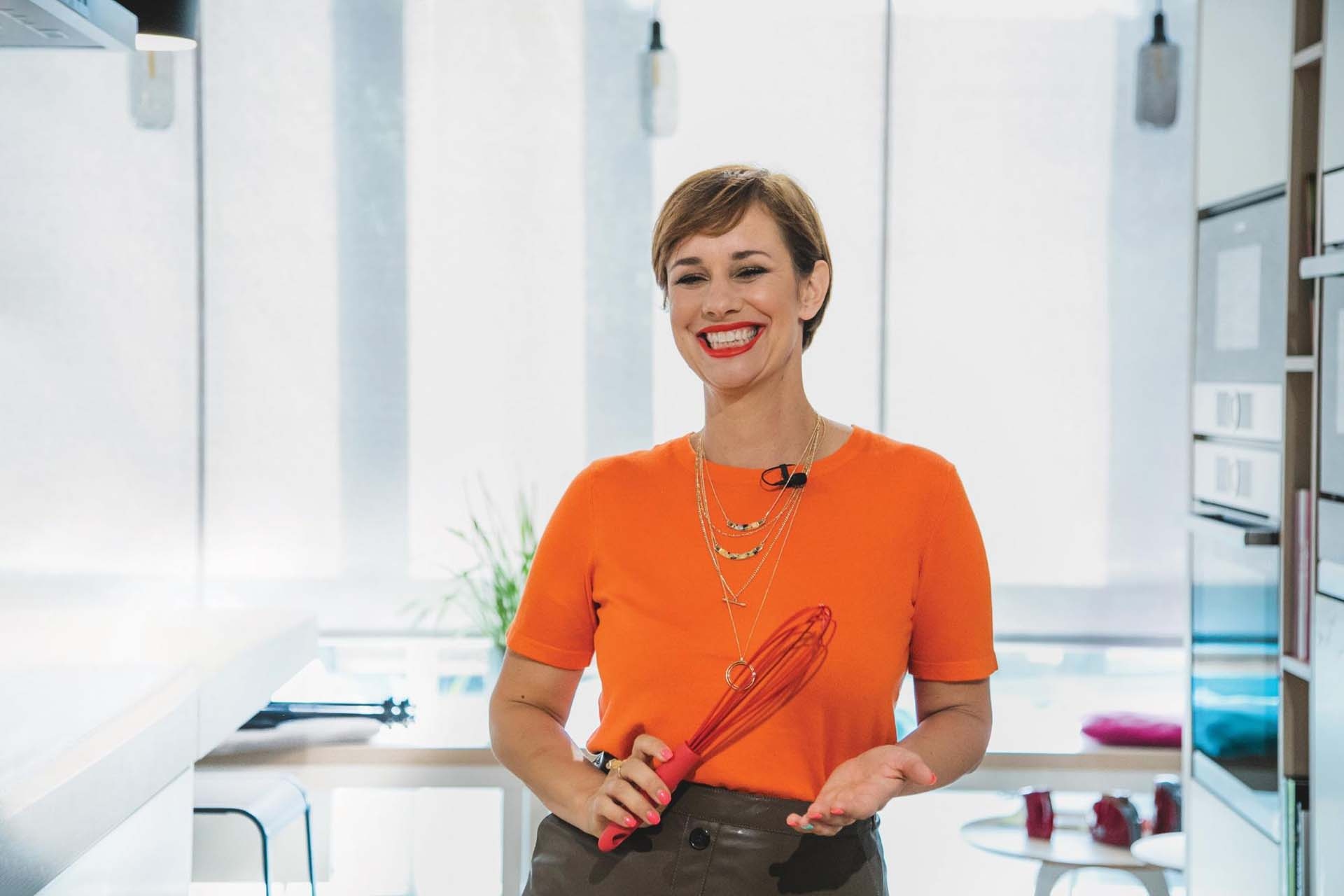 A “ringmaster” on the stage: Borcsa Fiala

Writings of Borcsa Fiala provided real entertainment and, more importantly, some essential advice to those who felt that the challenges of motherhood can sometimes be truly overwhelming. The popularity of her blog titled The Everyday Life of a Ringmaster launched Borcsa’s career as a writer, and last year she became editor-in-chief at WMN magazine, succeeding Kriszta D. Tóth in the position. Her blog is now inactive, but her Facebook and Instagram followers can still see happy and sad moments of Borcsa’s life as a mother and a home cook. The popular blogger and writer will present her amazing summer rolls to evoke Spring at the Bosch Main Stage. Meet Borcsa on February 28 at 1:00pm at the Kitchen Show! 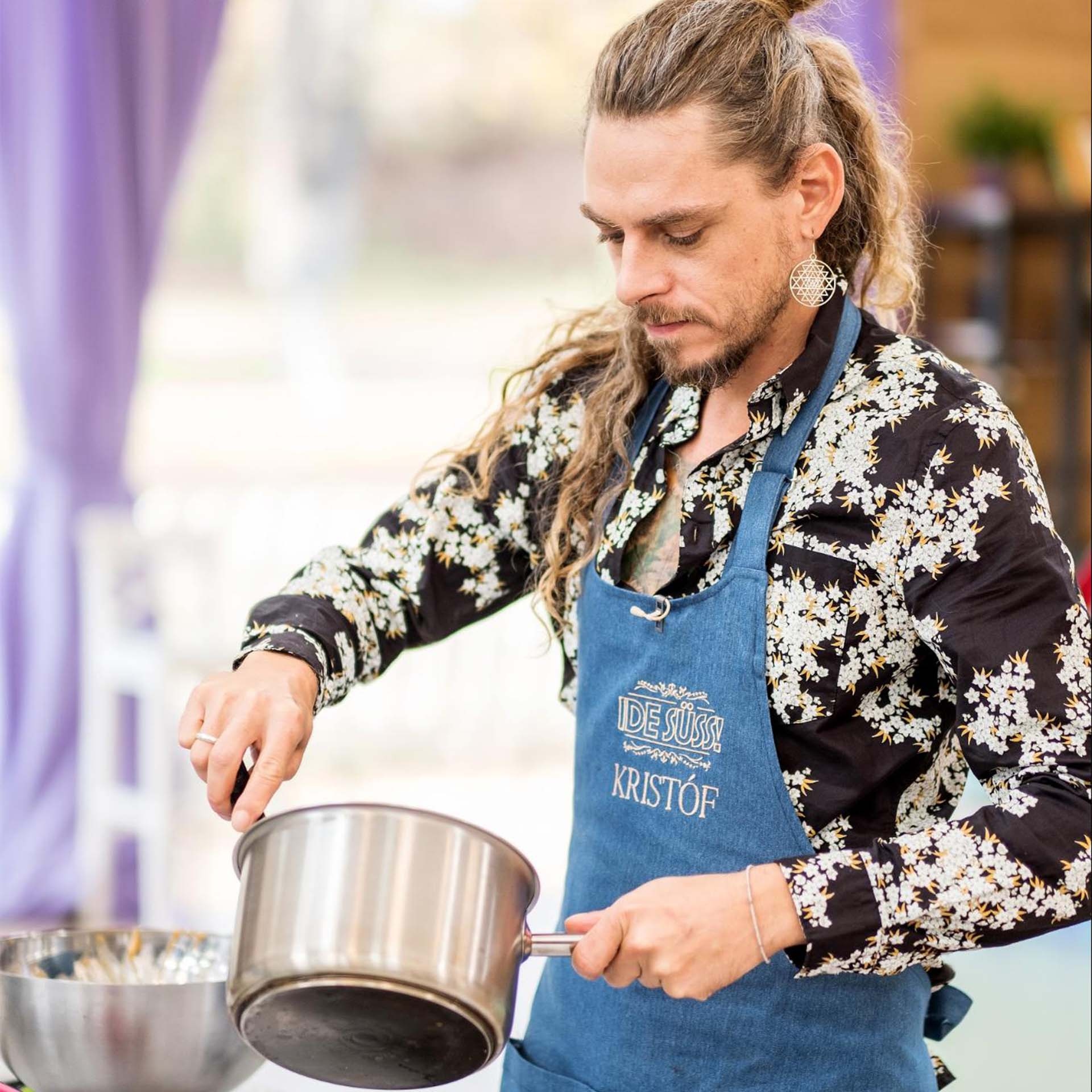 Writer, journalist, TV presenter, blogger and vegan chef: Kristóf Steiner had an illustrious career in the past 20 years. Kristóf embarked on an exciting journey in his life, reaching a number of different countries in the process. This year at the Kitchen Show Kristóf will be a guest at the live edition of the popular online video series, the NoSalty “EgySztárÉtel” show. Kristóf will cook vegan delicacies at the Bosch Main Stage, but people can also join in the live Facebook stream as well. Follow his blog, Kristóf konyhája, and his Instagram as well for exciting moments from the life and cooking world of Kristóf, and come to the Budapest Arena on February 28 at 2pm to meet him in person!

Marcsi Borbás has been working in television for the past 25 years, but her biggest success came with the 2011 TV series Gasztroangyal, or gastro-angel, that she presented. This put her on the map of the Hungarian cooking scene for good. Along with Hungarian cuisine, the series explored Hungarian culture and traditions - a theme that will be present in her on-stage show at the 11th Kitchen Show as well. Invited by Bosch, Marcsi Borbás will cook traditional meals with passion, with help from the most modern kitchen appliances. Come to the Kitchen Show main stage on February 29 at 11:00am!

Everyone became familiar with Rozina Wossala who was an unforgettable contestant on a popular masterchef competition on TV. And even though she came in second in the end, her talent made it evident that she would soon set foot in the Hungarian cooking scene. Since then, Rozina founded her own restaurant, leads an exciting Instagram account and, with further television appearances, she continuously inspires others to dare to follow their dreams. Bosch is bringing Rozina to the 11th Kitchen Show where she’ll present her most awesome recipes, with help from the latest Bosch kitchen appliances. See her cooking show on February 29 at 12:00pm! 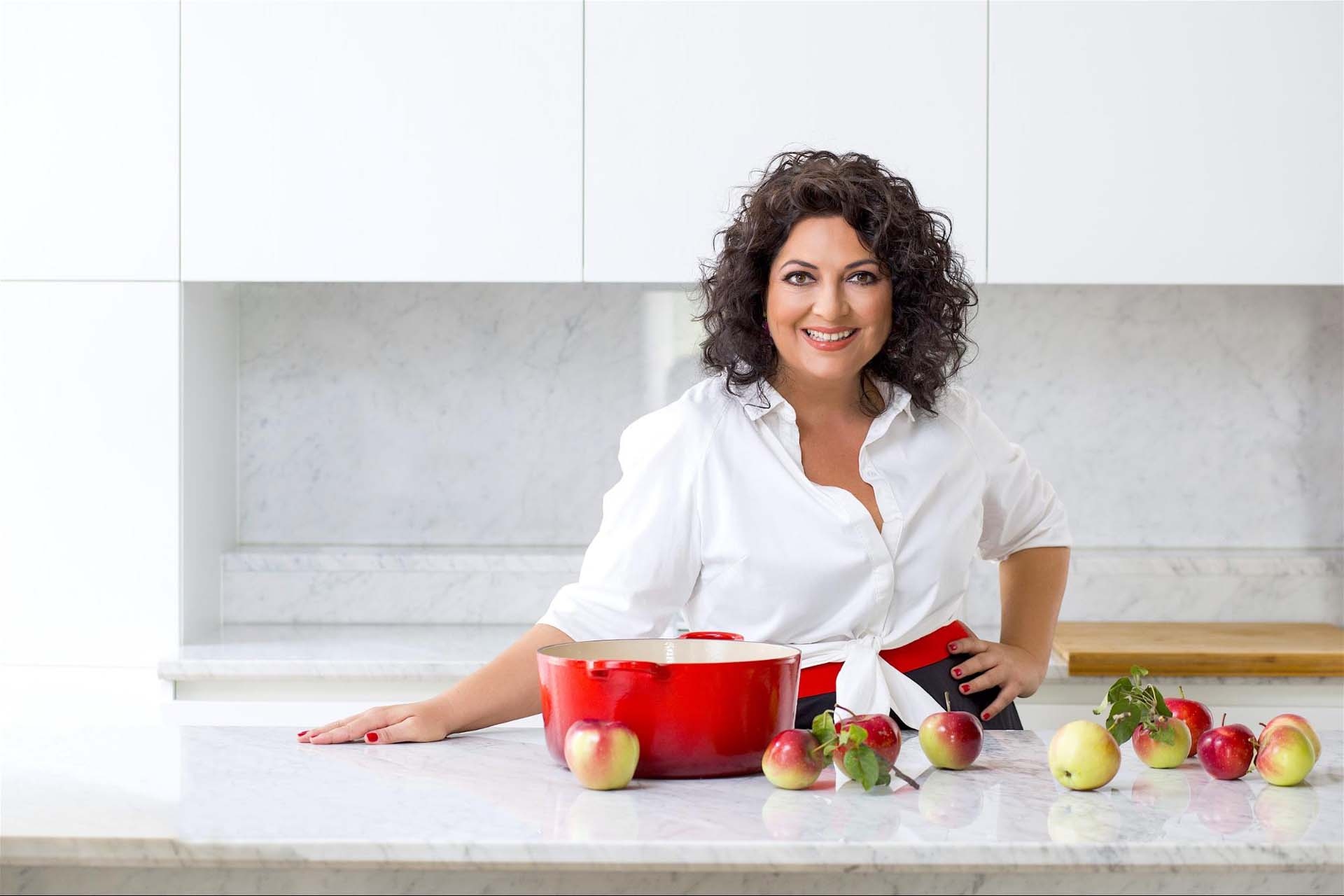 A culinary adventure with Zsófi Mautner

It’s been 15 years since Zsófi Mautner started Chili & Vanília, one of the most popular gastro-blogs in Hungary. At the time cooking was merely a hobby for Zsófi, but her passion soon became her profession. Along with writing a number of recipe books and being a TV presenter for a cooking show, Zsófi also worked with some of the biggest names in the Hungarian cooking scene, including Michelin-star chef Tamás Széll. Zsófi invites you to a real culinary adventure at this year’s Kitchen Show, starting on March 1 at 11:00am. Discover the world of the incredibly delicious dumplings with Zsófi Mautner! 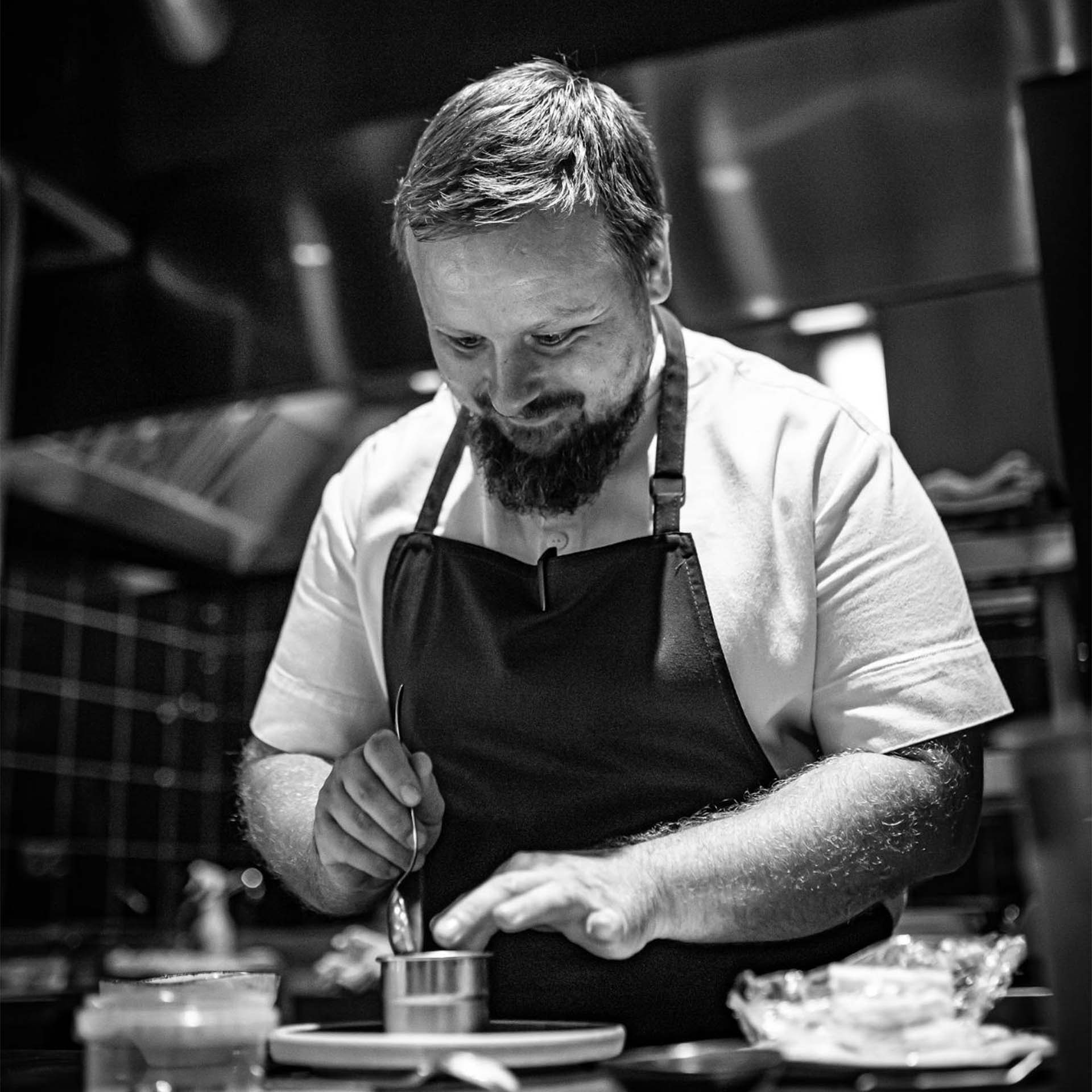 Szilárd Tóth and the Hungarian cuisine of SALT

Szilárd Tóth, chef at SALT, bases his work and recipes on the traditions of Hungarian cuisine. His ingredients come from trustworthy sources, from small farmers and sometimes from his own personal collection. It’s fair to say that Szilárd goes for the most authentic experience. His dishes are reminiscent of the birthplace of Szilárd, the county of Szabolcs-Szatmár-Bereg, and they invite a familiar, childhood nostalgia formed perfectly into a fine dining experience. Recently, at the Dining Guide Restaurant of the Year Award Ceremony, SALT was awarded the Most Innovative Restaurant of the Year Award, and got included in the guide along with 10+2 premium restaurants, such as Costes and Borkonyha. On the third day of the exhibition, on March 1 Szilárd will team up with András Jókuti, writer of Világevő blog to create a truly Hungarian fine dining menu inspired by Szatmár county. Come to the main stage at 2:30pm! 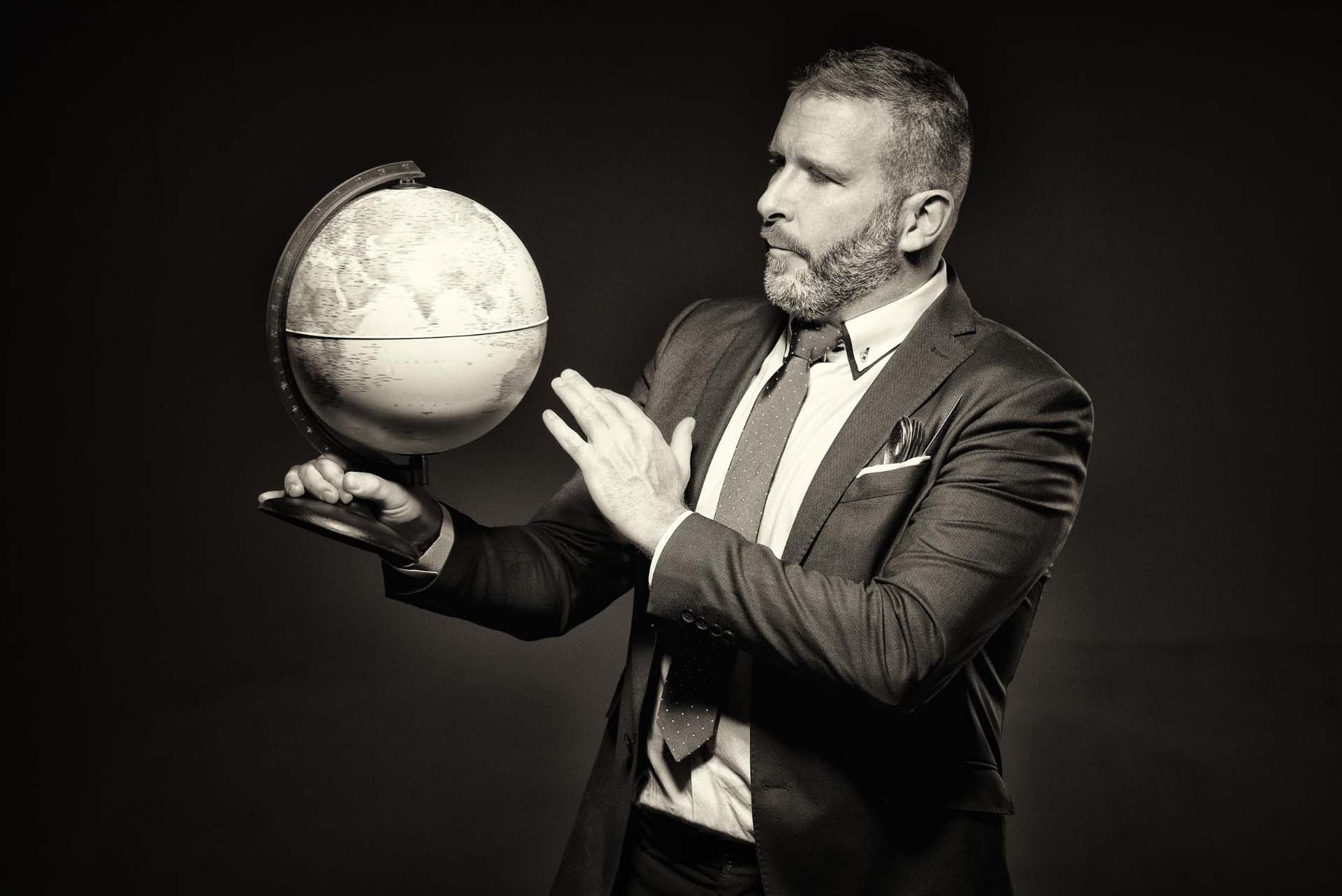 The one who eats up the whole world: Jókuti András

András Jókuti says that his writings are far from restaurant reviews: “I’m interested in the stories and experiences the dishes evoke”. As founder and writer of the Világevő blog, where he shares his culinary experiences from around the world, he quickly became a force to be reckoned with in the scene of Hungarian dining and cooking. Not many people now, but one of our other VIP guests, Zsófi Mautner was the one who convinced András to start writing his blog. Since then, András took part in the chef course of the Bocuse Institute in Lyon, and he worked as a presenter at the well-renowned Bocuse D’Or competition. You can meet him in person at 2:30pm on March 1 at the Bosch Main Stage along with chef Szilárd Tóth from SALT!

“I firmly believe that cooking should be thought of as much more than a simple chore.” - summarizes Ági Dobó her vision in regards to her cooking experiences. We could easily say that Ági was born to be a winner: seven years after she’d won the Miss World Hungary competition, she also finished at first place in the VIP edition of a popular Hungarian masterchef competition, launching her career in the world of cooking and delicious meals. You can follow the everyday life of Ági as a mother of two on her blog and Instagram, and you can also see her in person on February 29 at 1:00pm, where she’ll spend an unforgettable hour on the main stage cooking child-friendly dishes. 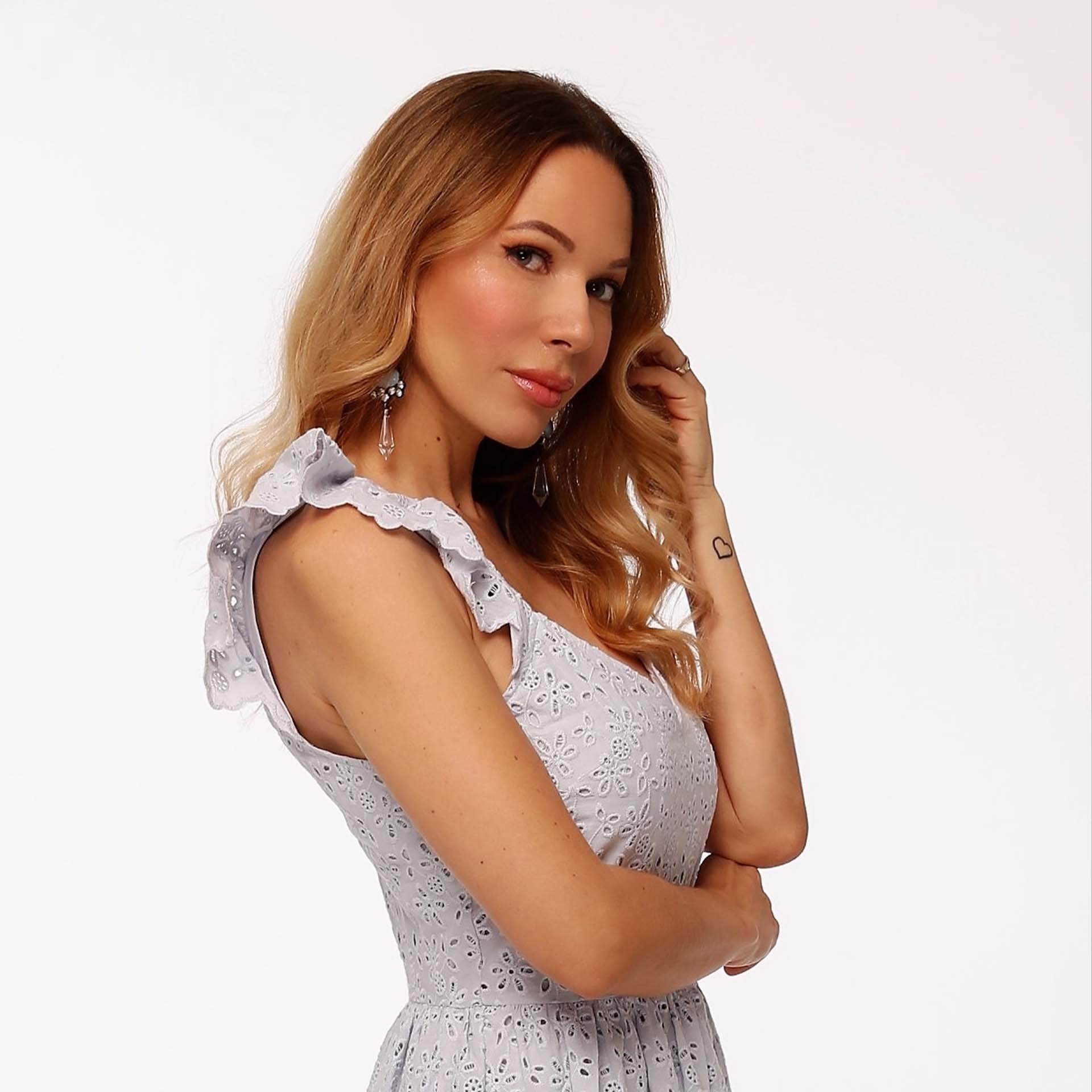 Stőrh Gréta gastro-blogger grew up in a vegetarian family, which resulted in her early experiences with diverse recipes and the basis for a healthy lifestyle. After her child was born and her environmental awareness increased, she turned to a vegan lifestyle, becoming one of the most popular ambassadors of vegan cuisine in Hungary in the process. In 2016 she founded the vegan restaurant Great Bistro, which is a popular destination for vegans and those devoted to environmental awareness. You can enter the vegan world of Gréta on February 28 at 3:00pm, and don’t forget to check out her Facebook and Instagram pages as well!

That’s it for a little tease of what you can expect from the Bosch Main Stage program at the 11th Kitchen Show between February 28 and March 1, 2020. For the fully detailed program click on this link - browse the list of exciting events, choose your favorite and come to the Budapest Arena for the most exciting kitchen and gastro exhibition in Hungary!